Would you live in a planned, sustainable-living community?

Let’s live off the land, man! Maybe those “tree huggers” really do have it right, after all. They claim to be living close to nature and that’s what enhances and fulfills their lives. By “living close to nature,” I’m referring to behaving in environmentally conservative ways like recycling and not littering, or even living in the woods while living off of the vegetation and wildlife in the surrounding land.

Sounds crazy, doesn’t it? We seem to think that only “those people” are capable of living that way; but, is it possible for more people to “live off of the grid”? Is sustainable living possible? Can’t we live our lives without creating so much trash and other pollution?

I have been asking a lot of my friends these questions because it just seems too logical and economical to not try living like a “tree hugger.” “Hugging trees” (sustainable living) might actually be a good solution to some of the problems we have in the world like climate change, poverty and homeless children.

You’ve probably heard all the talk about climate change, and it’s true. Earth’s air quality has diminished since the advent of deforestation. Our biggest cities are infamous for their giant toxic smog clouds. The citizens of these cities breathe in that toxic smog on a daily basis. It’s no wonder people are going bonkers!

Schools in Fresno, California, fly color-coded flags to alert students to the air quality: Green means it’s OK to be outside, while red is a warning to stay indoors. On average, nearly four Central Valley residents die prematurely every day because of the pollution, and experts predict that within the next few years, as temperatures continue to rise and population growth raises smog levels, one of every four children will have asthma (Marsa, 2013).

Our lives have become chaotic, unhealthy and unbalanced compared to our ancestors’ lives and it might have a lot to do with breathing toxic smog and spending our lives working to pay off our debts and hoarding as much money as we can for ourselves. We’re becoming robots that go through the same routine every day.  Most of us wake up cursing the alarm clock, use the bathroom, walk the dog, feed, go to work, count the minutes left until 5:00, go home at 4:57 because we couldn’t make it another 3 minutes, eat junk, watch dumb shows, go to bed jacked up on caffeine, dream that we’re falling off a cliff and then? We do it all over again.

I know what it feels like living in a robotic state and I’ve decided that I can’t take it anymore. My friends agree. We’re on a mission to share our belief that by learning to live “green” without creating trash and by giving from ourselves by sharing our gifts that we can achieve sustainable living for everyone on this planet.

We are putting our efforts together to form a non-profit organization called Eden Ecovillage. Our plan is to partner with grant makers who support environmental projects, abused or homeless women and children, victims of drunk driving, music education, mentally handicapped people, animal shelters, etc.

The Eden Ecovillage would use grant money to buy parcels of land near water where we can build tree-house communities, powered by solar energy panels and wind turbines. We would probably need gas powered generators to power the construction of these communities. However, once the communities are built, then they would become sustainable and “green.” These communities would also produce their own crops. These would become nature resorts where people could escape from the hustle and bustle of city life and participate in culture while learning to solve problems. 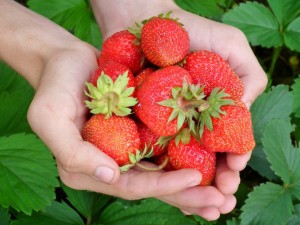 hold tours for the public where they could come for a rehabilitative type vacation and learn about nature, the arts and how to live “green,” or they could just come to volunteer. We would aim to turn these communities into educational and cultural resorts. We would hold free concerts, free music lessons, free lectures and offer free knowledge. We would teach homeless children and addicts how to become the lions in their own jungles. We would teach them responsibility through animal care and love. Lonely people could come for the community life.

Our main focus, however, would be to educate children on how to live “green.” We want to focus on housing homeless children and educating children, in general, because they are the future and their actions will affect the sustainability of man. “In terms of children and young people acting as stimulators for pro-environmental behavior within the home, this research found that children often offer encouragement within the family unit to both parents and siblings” (Hadfield-Hill, 2013).

People who worked in Eden Ecovillage communities would receive a small salary, free employee housing, and free meals. They would be required, however, to share their art with the tourists through galleries of their creations, animal care and/or instructional courses where they can teach anything of their expertise — painting, computers, farming, basket weaving, fine art, carpentry, poetry, sewing, etc. We believe that one of the main reasons for poverty in America is the lack of free knowledge and loving support in poor neighborhoods. We plan to offer education to people from those neighborhoods to even the playing field when it comes to accessing good education. Not only would Eden Ecovillage be a source of education to underprivileged children, it could be an escape from the harsh urban jungles in which they live.

Concerning climate change, everyone knows that carbon emissions from cars, factories, etc. are to blame for global warming and the rising sea levels. We would like to offer scholarships to high-achieving students who are pursuing higher education in environmentally related fields and could possible solve these problems in the future. Most of the world is already aware of environmental problems and is looking for solutions. For example, low-lying countries are looking for new land because they know they will be washed away by the rising sea in the next century.

Governments of countries such as the Maldives, a low-lying atoll nation in the Arabian Sea, have expressed interest in buying land elsewhere, so its people have somewhere to move to. Forced to move as a result of the impact of climate change, the number of climate exiles is expected to increase dramatically over this century as the world heats up. The rise in sea level is largely due to the expansion of water and the melting of glaciers on land, although human activity that leads to land subsidence also contributes to coastal flooding (Byravan and Rajan, 2015).

Other countries are trying to solve the problem of global warming through educating children so that they can sustain the Earth after we’re all gone. Schools are dedicating special days to sustainability in Britain.

The majority of groups mentioned the “Green Britain Day”: “[One] group of young people (aged 10) describe what they did on this day — their discussion focused almost entirely on the school’s attempt to reduce electricity consumption… The school also held a ‘Sustainability Week’ with each class focusing on one aspect of ‘sustainability,’ studying it for a week [integrating it into other core lessons]” (Isenhower, 2011).

With all that said, it’s safe to say that people all over the earth are already pursuing sustainable living. Not only are we looking to provide an alternative lifestyle based on education and environmental consciousness, we’re also looking to grow our own organic food and educate people about the powers of organic foods, rather than all the processed, instantly-gratifying food that we’re bombarded with. We would look to educate people on how to grow their own food and become their own farmers market. “Farmers markets not only promote physical health through eating fresh seasonal produce, but also inspire societal well being by providing opportunities for social interaction within a community and between consumers and producers” (Isenhour, 2011). 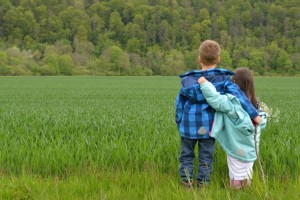 We might be crazy trying to change the world in this way but we’re going to give it a shot because we think that’s better than living some mundane, robotic existence. We also think a lot of other people all over America and the world would be interested in sustainable living and “living off of the grid.”

Are you interested? If you’d like to join our mission of sharing knowledge and new ideas about clean, environmentally conscious living, contact me with your ideas. Soon we should have a Twitter and facebook page for you to like. Facebook page is ready for you to like! If you send me a message with your email address, I’ll send you an email when it’s ready! By the way, if you’re a talented writer, then volunteer to write grant proposals for Eden Ecovillage!